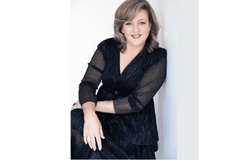 With an extensive repertoire that covers early blues, swing standards, latin, bebop, soul jazz and self-penned originals, her particular passion is the songs of the early jazz/blues singers. Paying tribute to the great Ladies of Jazz, Robyn and band will be sharing some of the timeless classics from the likes of Ella Fitzgerald, Billie Holiday, Sarah Vaughan, Carmen McRae and more.

Robyn will be joined by these highly respected jazz musicians:

they bring their own swinging interpretations of many of the standards that you know and love, plus some hidden gems you may never have heard before. This intimate performance will be a window into the past, reliving the songs of another era and often sharing the stories behind them.

In just a few years this silky-voiced Sunshine Coast singer has captivated local audiences with her passionate performances. Robyn has performed regularly at jazz clubs and festivals around the country, released three CDs with many songs receiving radio airplay, toured with International Guitarist Libor Smoldas, organises a regular jazz event on the Sunshine Coast called “The Jazz Sessions”, is the organiser of several Jazz Festivals and has become a highly-respected singer in the Queensland jazz scene.

Now, she is excited to be performing the music she loves at Noosa Jazz Club accompanied by some of Queensland’s finest jazz instrumentalists

“Infusing the blues with elegance and jazz with attitude, Robyn’s fine-grained tones imbue her music with relaxed phrasing, poise, confidence and a subtle sense of swing.” Rhythms Magazine

Some things to know to book our concerts online:

When you book you need:

Ross Nixon is a professional jazz pianist who has been performing for over 30 years. Ross has played in every setting; as a solo pianist, in bands playing funk, rock, blues, latin, jazz, and in Duos, trios, quartets and more . He has performed in prestigious venues worldwide including the Ritz Carlton in Osaka, Sheraton resort hotel Miyasaki, Tokyo Shiba Park Hotel, Japan , Abu Dhabi Sheraton Hotel and including international jazz festivals

His experience extends to cruise ship contracts including “The World”, and Royal Caribbean’s “Oasis of the Seas” and “Allure of the Seas” , which included cruises throughout Europe, The Caribbean, Mediterranean. He was also especially invited to play for the inaugural release of the “Harmony of the Seas” in the UK, Europe and the US, with the “Manny Kellough All Star band” which included playing with New York bass player Curtis Lundy, Ross has recently released “The Removalist” album (2017) recorded in New York with Curtis Lundy on bass, and famous Victor Lewis on drums.

Peter Walters: acoustic and electric bassist, guitarist, composer, arranger, producer, teacher.Peter has been at the forefront of jazz performance in Brisbane for over 2 decades. As a bassist, he is highly sought after for his superb accompaniment of singers and instrumentalists alike. Classically trained by Ken Poggioli (Queensland Orchestra) he quickly established his jazz credentials with strong and imaginative playing. He is a deft soloist, displaying a complete command of whatever style he is playing be it bebop, blues, rock, soul, latin, manouche or contemporary jazz.

Peter has a Masters Degree in Music majoring in composition and has written and arranged for ABC and SBS television documentaries and film and theatre as well as arranging for and producing vocal and instrumental albums. He teaches jazz bass at the Qld Conservatorium and the QUT contemporary music faculty. He has also been awarded ‘Best Producer’ for the Wiley Reed album ‘Straight From The Heart’ at the Queensland Sunny awards.

Trent Bryson-Dean:  a stalwart of the Brisbane music scene, playing drums for over 20 years.  He has performed with many great artists but is probably most well know for being the drummer for The Ten Tenors, touring all over the world and sharing the stage with Lionel Richie, Rod Steward, Andrea Bocelli and many others.  (I haven’t been able to get Trent’s bio yet)

Dr Rob McWilliams was a United States resident from 1991 to 2014 and served as Professor of Music and Director of Bands and Instrumental Music Education at the University of Wisconsin Oshkosh from 1996 where he also served as Head of Music from 2011 to 2014.  Dr. McWilliams has conducted and presented at major music conferences in Japan, Hong Kong, the United Kingdom, Singapore, Europe, China, all states of Australia, and has been published in the Journal of Band Research, Teaching Music Through Performance, and is a composer/arranger with Alfred’s Music.  In early 2015 he relocated to Brisbane, Australia where he is currently working for Yamaha Music Australia as their Education Outreach Clinician, as well as teaching sessionally at the Jazz Music Institute and freelancing as a musician, educator, conductor, composer/arranger, and adjudicator.  He is a brilliant musician in his own right and plays trumpet, flugelhorn and piano.

We look forward to welcoming you to our monthly concert.